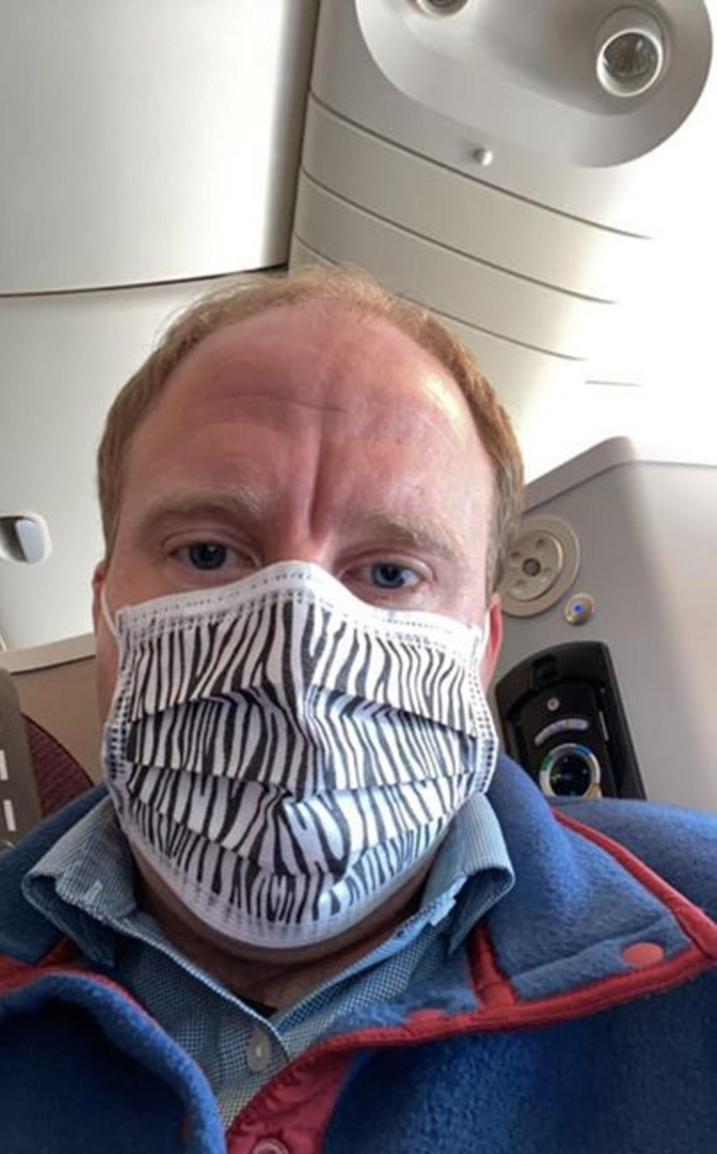 Four weeks ago I landed in Shanghai, where I’ve lived and worked for nearly seven years. While abroad for the Chinese New Year holiday, I watched with alarm the developments in Wuhan, and then Hubei, and then again more broadly across the mainland.

I had known of the newly presenting virus since early January, and had followed the story closely. As the leader of a school nearing the end of the term, already amidst cold and flu season, we had expanded all the more our cleaning of desks, door handles, dormitories, and the like. I knew we were preparing for something different, even if I didn’t know what it was.

What I hadn’t prepared for, though, was the astounding bias—and often outright prejudice and bigotry—that would be directed toward China, toward my friends and colleagues, toward the people and place that had become my home. Whether lurid tales of eating bats, blog posts about feces-strewn streets, conspiratorial claims about government labs—the yellow peril and “sick man of Asia” had wrought not empathy and compassion, but discrimination and disdain. Tearful posts about koalas suffering from Australian bushfires still resonated in my mind, and now I knew to be cute and cuddly had more value than at least a seventh of the world’s population.

They’ve been covering things up. The government can’t be trusted. State media controls everything. Numbers are meaningless. They haven’t done enough; the reaction is too extreme. What aren’t they telling us?

I am no apologist for China; in all things I am a pragmatist. Every country I know has its strengths and weaknesses. But even the most prudent critiques of a profoundly different culture and political system had become a well-spring of thinly veiled condemnations, of western fantasies about governmental fracture and democratic transformation. “Xi’s Chernobyl moment” read yet one more headline of the same ilk. No one wanted to be left unprepared in their celebrations of communist collapse, as they had been with the USSR in 1988. The economy has ground to a halt! The end is near!

So when I boarded my flight in Tokyo, a tiny part of me did wonder—what am I doing? There was no question I would return to my cats, to my job, and to my life. I had been in constant contact with folks around China and had a clear understanding of the limitations on travel, the closure of many restaurants and stores. Yet the US had raised its travel alert to Level 4: the State Department advised me I would face risks akin to deplaning in Mogadishu or Aleppo.

The day before, when I arrived at Haneda—I had rerouted myself due to the cancellation of all direct flights by US carriers—things seemed mostly normal. Masks covered nearly all faces, and those from China were directed to a separate queue, yet thousands of people made their ways through the terminal. I approached the immigration officer with the confidence of a person who had been for nearly three weeks in supposedly contagion-free countries. He glanced through my passport and noticing my residence permit and innumerable China stamps asked, “have you been to Hubei?”

I answered no and was on my jetlagged way to a few hours of rest.

After enjoying the compact efficiency of a Tokyo hotel, showered and refreshed and glad for the amazing middle-of-the-night options that spring forth from Japanese vending machines, I boarded my short connection to Hongqiao. The Boeing 777 aircraft would normally be packed with business travelers and returning holiday-makers, yet the forward cabin had at most eight people. Still I settled in, enjoyed my lunch, and watched one last movie.

When we landed, quarantine officials boarded the flight and reviewed everyone’s health declarations. Through announcements in Chinese, given in that officious tone of government authority unmistakable at any level of linguistic comprehension, all I knew was that we would be waiting. The ever-professional JAL purser came to me with her stoic smile and did her best to explain that I should remain in my seat, and that I would need to have my temperature taken.

Yet twenty minutes later, I had passed through the greatest moment of uncertainty I would face, and I was in a taxi headed home. The lack of traffic left me with an uncanny feeling, while at the same time I joked with a friend on WeChat that at least the toll holiday had been extended, and I would save forty quai—about US$5.50—on my ride.

In the four weeks since, I have helped lead an entire school online. The technology has been the simplest part. My greater worries have been faculty morale and the mental health of our students as they’ve endured many weeks of isolation.

Fortunately, everyone in our community is physically healthy—and the reintroduction of routines, the solidarity that comes even from Zoom meetings, and the ability to joke and reflect and communicate has been profoundly centering. Simply the extension of ands, of planning and meetings and the chance to catch up on laundry, has afforded the best possible relief from anxiety.

All the more so, I have felt a sense of pride—what I realize is an unusual sentiment in my normal emotional repertoire. I have been incredibly proud of teachers’ innovative spirit, and of students’ dedication, even while some of them remain scattered around China. I have been proud of peoples’ kindness, of the delivery guys, of the grocery store workers, of the people eager to donate resources and to contribute to relief efforts in Wuhan—of a universal sentiment that we are fine, that current sacrifice will allow for a greater, future good.

Now the tables have turned. While my favorite restaurants have reopened, while my coffee pods now again arrive only hours after ordering them, while friends have begun transitioning back to their offices, I watch other countries grapple with contagion and the struggles of containment. There have been more deaths in the Seattle area, albeit amongst a vulnerable population, than those three that occurred in Shanghai—with six times the population—in the past six weeks.

I worry far more for the United States than I ever have about China in the past month.

While hundreds of thousands have been tested here, and tens of thousands in Korea, from recent reports, the total number conducted in the US is somewhere around five hundred—despite clear evidence of robust community transmission. Mishaps with tests sent by the CDC, the at best uneven messaging coming from the White House, and an already fractured political and cultural landscape do not inspire much confidence.

I unhappily smirk with irony, of all the doomsday vitriol directed towards Chinese corruption and incompetence. I dislike joking that no one has mocked Italians or the French or even the Japanese and Koreans for wearing masks. I wish I didn’t feel vindicated by the travel restrictions proliferating for other nations, even in spite of their general ineffectiveness.

Yet far more than the very real risk of the disease spreading in the US, I worry about the social and economic well-being of that one quarter or more of the population who live week-to-week, and who have little or no access to affordable healthcare. Those who depend on income from Uber, on Air B&B rentals, on tips from jobs in the food and beverage sector or reliable hours in retail—they will be the hardest hit as already massive reductions in corporate travel begin to trickle down through the economy.

The absence of basic social safety nets will be devastating.

Attention paid to stock market fluctuations is like marveling at the satellite renderings of reduced atmospheric pollution in China that have been making the rounds on social media: such high-level imagery misses the potentially catastrophic impact to individual lives.

In no other even moderately developed country in the world do such a large percentage of people live on a knife’s edge of basic well-being.

Still, I am not one to panic, and I would urge my American friends to prepare thoughtfully for potential disruptions to their normal routines. I hope that greater and more sensible efforts will be taken to prevent transmission; this too shall pass, and ideally everyone will rally together to support those with the greatest needs.

Yet for the US and the world, I wish that even the slightest fraction of the concern directed toward COVID-19 can be repurposed to fight our greatest contemporary crisis—the climate emergency in which we will continue to live far beyond the passing of this epidemic. The growing disruptions in our warming world will not be containable through self-isolation, or wiped away with hand sanitizer. The worst of this virus can’t even come close in terms of risk to long-term human well-being.

If the prejudice and nationalism witnessed in response to COVID-19 predict what will occur with greater crises, I am all the more pessimistic than usual. In the present we count cases and reckon with death tolls, yet I’m far more worried about the longer-term calculus of planetary health absent drastic and immediate action. Otherwise today’s math will have little meaning. Our days are already numbered.